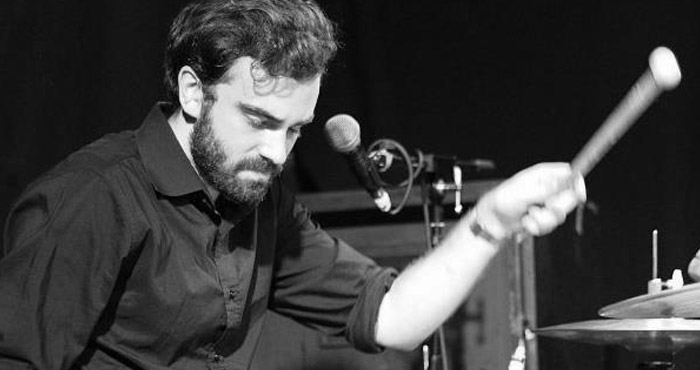 28 Mar From Glasgow to Glastonbury: Interview with tutor Joe Nicklin

With a wealth of studio and live experience under his belt, Joe Nicklin is a tutor we are proud to represent in the North London Drums hub and is one of the most prolific young drummers working in London. Here he shares some thoughts with us about what led him to pick up the sticks to some of the most memorable gigs he’s played to date.

Hi Joe. Thanks for taking the time out of your busy teaching and playing schedule for this interview. Firstly, when did you get the drumming bug? Did you always know you wanted to drum?

I certainly didn’t always know I wanted to drum. Like most kids I was really in to pop music growing up and I’d sing along to anything and everything – looking back I’m sure it was some pretty choice stuff! The bug for drumming came a little later. I was having clarinet lessons and it must have been pretty obvious to my parents I wasn’t taking to it. They threw the dice one last time with drums. I thought of myself as pretty poorly coordinated (anyone who has seen me dance can vouch for that!) but as soon as I had enough understanding to be able to play along to my favourite albums, I’d spend every night after school doing just that. It all came from there really! 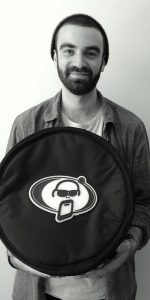 What’s your current kit set up?

I’m lucky to have a few options at the moment but the kit that probably best represents me is my Ludwig SE Element Downbeat kit. The sizes are 20″, 12″ and 14″, so quite small but it’s still full bodied when tuned low and has that vintage Ludwig sound that I love. My current cymbal set up is 14″ Zildjian Mastersound hi-hats, 19″ Paiste 2002 crash, 17″ Paiste 2002 thin crash and a 20″ Bosphorus traditional ride.

Is there anything you want to add in the future?

Well I’ve just added a Ludwig 14″x6.5″ aluminium supraphonic snare which I’m loving. It sounds great in a variety of tunings and is so responsive even at a really low velocity. It’s no surprise that it’s the most recorded snare in history.

Aside from the kit do you play any other instruments?

I sing enough to offer backing vocals and I can find my way around a keyboard to sketch out any song ideas that I might have. Other than that it’s just the drums for me!

OK, drums it is then! So what does your typical daily practice routine consist of?

I place a lot of importance on being properly warmed up to avoid any injuries so I’ll start with some slow combinations of singles and doubles on the practice pad after a few wrist stretches. Once warmed up I’ll play through pages 1-5 of Alan Dawson’s Rudimental Ritual to work my hands for a bit, then I’ll focus on any repertoire I need to learn for upcoming gigs or studio work. To finish I’ll just have fun playing along to some of my favourite music or improvising – which is a good way to remind yourself of why you started playing drums in the first place! 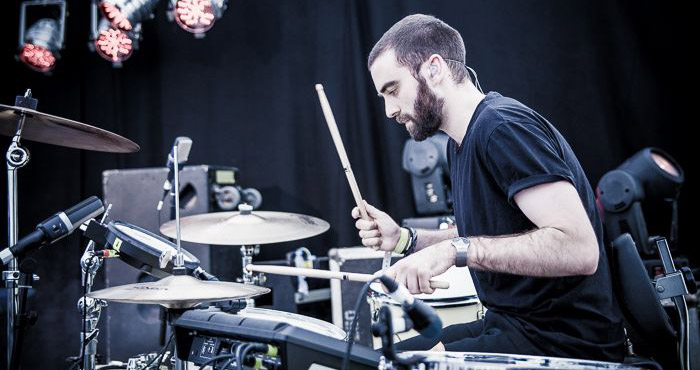 Is there anything you bring into your teaching from the lessons you had growing up?

Throughout my own learning process I really appreciated being given the chance to decide what I wanted to work on both stylistically and technically instead of just being lead down a generic path. It’s important to make the student feel they have a say in their musical journey and to know they are being treated as an individual.

I think being treated as an individual is why so many students prefer their private lessons to, say, a school curriculum where they feel like they’re one of thirty. What advice can you give anyone who is thinking about taking drum lessons?

There’s a lot of hard work initially and patience is required but if you’re willing to go through that in the early stages the rewards later on are huge. Not only in a musical sense but mentally, socially and physically too.

That’s also good guidance for anyone currently learning. Is there any other advice you can give to anyone already playing?

See your tutor as a guide and source of information and see where that advice and guidance can take you in your own time. Create a realistic and regular practice routine as the more time you spend at the kit working on things inspired from your lessons the more progress you’ll make.

We get so many enquiries from people who believe it’s too late to learn. Maybe they have children who have left home or they’ve been dreaming of trying it for decades. It’s never too late to learn, is it?

I touched on this a bit before but I think because there are so many varying benefits to playing drums the range of people the instrument is appealing to should reflect this. Taking up the drums can relieve stress, increase fitness and is a great way to meet new people. These things are surely beneficial to anyone, regardless of age!

What is your favourite book or resource to use when teaching?

There are loads of great nuggets of information and inspiration from instructional DVDs, so I think it’s important to watch as many as possible. The ones that stick out for me are Musical Drumming in Different Styles by Gregg Bissonette and Groove Alchemy by Stanton Moore.

We’re always promoting the hashtag #PractiseMore as we believe that, well, everyone can find that extra five minutes a day to aim higher. What’s your number 1 piece of practice advice?

Warm up! You won’t believe how much better you’ll feel behind the drum set for it. Other than that have some sort of structure and routine. Split your practice into three parts, 1) technique, 2) repertoire and 3) improvisation.

You’ve already toured the UK quite extensively with various groups and projects. What’s the best gig you’ve ever played?

I was very lucky to get the opportunity to play at Glastonbury with Astronomyy in 2015. It’s an incredible festival in terms of size, variety and definitely deserves its reputation as the best festival in the world.

That’s a pretty big deal! What about the worst gig you ever played?

Unfortunately there are a fair few that spring to mind! The worst ones are when you turn up after a long journey and there’s just nobody there. My old band played a show in Glasgow a few years ago, we made the 8-hour trip only to find none of the other local bands had showed. You sort of rely on those guys to bring the majority of the audience at the stage we were. We played to the one friend we had who was based in Glasgow whilst wrestling re-runs blared out on all of the TV screens. Our thing was indie folk, so not entirely fitting. Although that was the least of our worries! 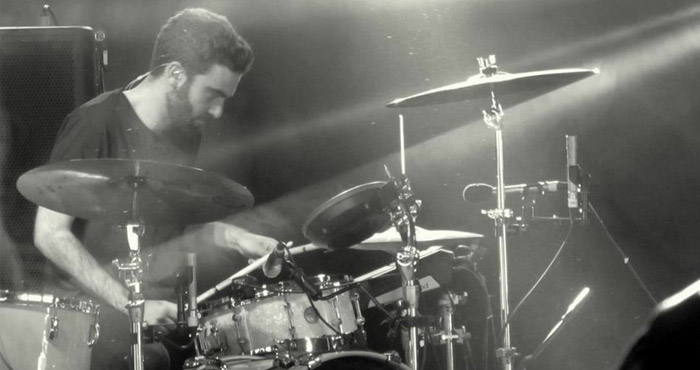 When you’re not sat behind the kit I assume you go and see live music. What’s the best gig you’ve ever been to?

Yes, I love going to gigs so there’s a few that I could pick. Radiohead at Reading Festival in 2009 was really special. They have such a vast and varied back-catalogue so you’re never sure what you’re going to get on a live show but that night they played all my favourites. I’m really looking forward to seeing them again at Glastonbury this year.

Yes, I agree! I saw them at Leeds Festival that year too. It felt like less than half the audience turned out but it was a spectacular show. Speaking of which, who would be your dream collaboration?

I’d love to work with Josh Homme. For me, anything he touches seems to turn to gold. He’s got such a great understanding of every instrument and always seems to place a lot of stock on how the drums are serving a song. It would be pretty daunting to follow some of the amazing players he’s worked with though.

And lastly, who is your favourite drummer? There’s got to be one!?

There are so many I could chose for lots of different reasons but someone who has stuck with me from when I first started is Taylor Hawkins. I remember getting the Foo Fighters live DVD Everywhere But Home as a kid and the energy he had behind the drum set blew me away. I must have watched the thing a thousand times. I would try and play along but could never keep up! The shows on the DVD are from quite an early stage for the band and most of the songs played had drum parts written originally by Dave Grohl so it was amazing to see how Taylor had interpreted these to make them his own. I also love a drummer who can sing and Taylor has an amazing voice which he puts to good use with both Foo Fighters and on his solo projects.

Thanks Joe, we really appreciate it!
—

If you’d like to contact Joe for lessons, simply drop us an email at jack@northlondondrums.co.uk and we’ll get back to you as soon as possible.