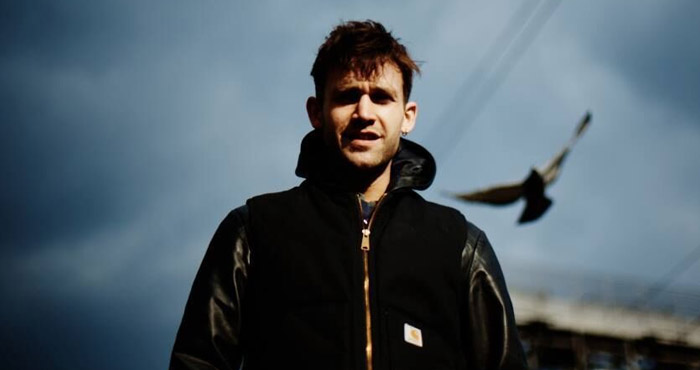 Leytonstone-based Sam Thomas has been building his reputation as a highly sought-after drummer, guitarist and songwriter/producer over the past few years. He also just happens to be available for lessons through North London Drums! Here he shares some of his advice about what learning an instrument can entail as well as his own personal rig and just how far he’ll travel to see Roger Waters play live.

Hi there Sam. Thanks so much for taking the time out of your schedule for this interview, we know you are busy! You play both drums and guitar. Which came first and what made you pick these instruments in the first place? 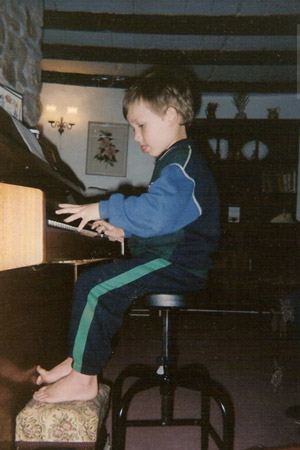 I began having percussion lessons at the age of four. My Mum was a professional musician and she was keen for me to get into music; she tried to teach me piano but it didn’t go too well so she let me go my own way with percussion, something I was really keen to learn at the time. I ended up teaching myself piano at a later stage, as well as guitar. I was quite pleased with how I was getting on with drums and very inspired by guitar-based bands, so wanted to expand to melodic and harmonic instruments too.

So does that mean you play other instruments as well?

I play piano as I mentioned already, that spills over into synth/keyboards too. I also play bass guitar.

What would you say are the main differences between teaching guitar and drums?

Drums are linear: there’s no melody or harmony to worry about, so you can focus fully on things like rhythm and structure. With that focus, beginners progress through the basics quite quickly – although that’s not to say that you ever run out of things to learn and improve on!

I couldn’t agree more there, we’re all constantly learning and improving.

Guitar is more multifaceted so there’s a little more ground to cover initially but I try to focus on the type of music that gets the individual excited so that progress is made in one particular area before we begin to branch out into other areas of interest.

You teach from your own studio so before you get working or teaching do you have a particular practice routine you run through?

I do a lot of writing and composing these days. I often have an idea in my head that I want to record but that I’m not yet practised enough to do justice – so I’ll work on that idea until I’m happy with it, which is a good way to push my playing to be better. I also find the most rewarding practice is to find players you really love and meticulously pick apart how they do what they do.

So in addition to that, what would be your number 1 piece of practice advice?

Repetition is key, it’s not always the most exciting part of the process but if you can’t do something then slow it down and keep doing it over and over until you can. Sometimes it’s good to just sit watching TV with a practice pad or guitar that isn’t plugged in and just get your hands and fingers really familiar with what they need to be doing.

Is there anything you bring into your teaching from the lessons you had growing up? 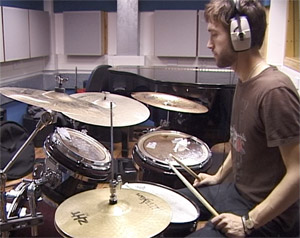 Of course, I started with quite strict classical training on percussion but then ended up having more informal drum kit lessons. I try and encourage the work ethic that classical disciplines promote but also keep firmly in mind that people are so much more inclined to stick at something if it’s in rooted in something they enjoy and that they’re interested in, explained in a way that is most suited to their preferred style of learning. I really try to focus of the specific interests and musical tastes of each student, without imposing any particular method.

Do you have any advice for anyone thinking of starting drum or guitar lessons?

Do it! It’s really fun, it relieves stress, it’s good for your brain, good for your mind and the list goes on! It’s not easy sometimes so you have to try and commit to it but the challenges are extremely rewarding to overcome.

And for anyone already taking lessons?

Keep doing it! Keep at it and it only gets more rewarding as time goes on. Also, make sure you don’t get too bogged down with technical details and remember that it should always be an enjoyable process. In my experience, if you’re playing music you enjoy you’ll make better progress.

Do you have any advice for adult learners? We are constantly getting emails from people who believe it’s far too late to start learning…

Learning an instrument isn’t about having an end goal so there’s no reason why anyone of any age shouldn’t do it, the process of learning is so beneficial is so many ways. You learn a language for the end goal of being able to speak it fluently, whereas having just a single music lesson can be fun, mentally stimulating and leave you with a real sense of accomplishment afterwards.

Take us through your current drum kit and guitar set up.

I have spent most of my life building up equipment so I’m pretty happy with my set up now! I have a half electric/half acoustic drum kit which works really well for me – it feels like a real kit, records well and I haven’t had a noise complaint from the neighbours, yet!

As far as guitar is concerned I have a nice Orange amp and an embarrassingly enormous pedal board, which is capable of making the guitar sound like an orchestra as well as a guitar and everything in between.

Are there any potential purchases in the not too distant future?

There is always more equipment that any self-respecting musician wants!

As I briefly mentioned before, you have your own studio. What do you enjoy about being based where you are?

Leytonstone is great, it’s very easy to get in and out of London from here but it’s far enough out to be quite relaxed. There’s a nice sense of community and also a lot of space – I don’t think I’d be so lucky as to have a studio in my garden if I was further into town!

Let’s finish with a quick fire round. Ready?

Best gig you ever played?

I played a lot of gigs in various bands whilst at university and definitely had my fair share of empty dive-bar experiences.

Best gig you’ve ever been to?

Roger Waters in Buenos Aires is pretty hard to beat!

Snarky Puppy’s Larnell Lewis absolutely blows my mind on drums. And David Gilmour is probably the guitarist that has had the biggest influence on me.

Thanks Sam, we really appreciate it – you can get back to recording now!
—

If you’d like to contact Sam for lessons, simply drop us an email and we’ll get back to you as soon as possible.

We are pleased to let you know that the tutors are now offering an online learning solution for drum lessons. We know everyone will effected by the restrictions of the coronavirus, Covid-19, and as we all commit to social-distancing or self-isolation we know that creativity and music are more important than ever. Remote learning is a great way of being able to continue lessons in these ever-changing times.

If you’re interested in drum lessons please do contact us so we can tell you more and get you paired up with a fantastic tutor.